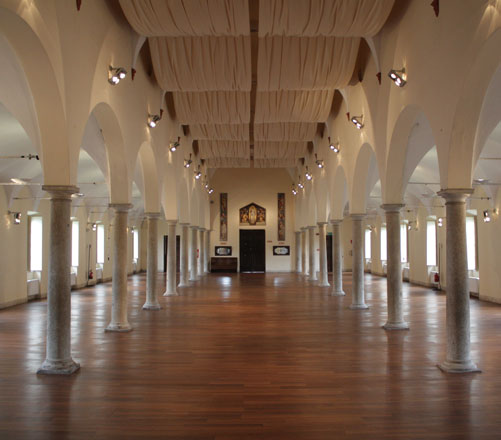 Living Machines 2014 continues our practice of hosting our annual meeting in an inspirational venue related to the conference themes.  The scientific and technological genius 'Leonardo da Vinci' drew much of his inspiration from biology and invented many biomimetic artefacts. We are therefore delighted that this year’s conference will be hosted at the Da Vinci museum of Science and Technology in Milan, one of the largest technology museums in Europe and host to a collection of working machines that realise many of Da Vinci’s ideas. We look forward to seeing you in Milan.

The National Museum of science and technology opened on the 15th of February 1953, was created thanks to a group of Lombard entrepreneurs led by Guido Ucelli di Nemi and supported by public institutions. Today it is a private Foundation whose institutional associates include ministries, public administrations and Milanese universities.  The Museum opened with a great exhibition celebrating the 5th centenary of Leonardo da Vinci’s birth. Leonardo da Vinci is still a symbol of the connection between artistic and scientific-technological cultures, two complementary expressions of human creativity.  The Museum is hosted in an early sixteenth century Olivetan monastery in the heart of Milan. With its 40,000 sqm surface it is now the largest science and technology museum in Italy.

HOW TO REACH THE MUSEUM