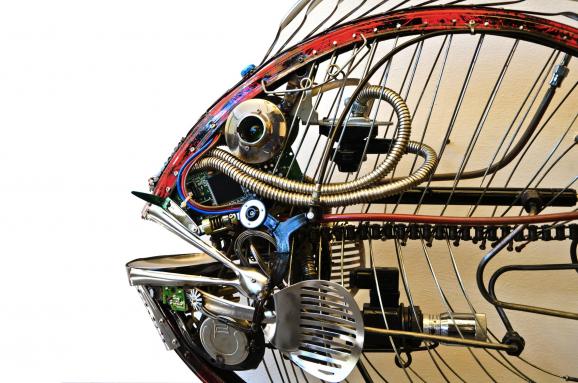 Biological and artificial systems, microorganisms, robot insects and humanoids are just a few of the themes that characterized the 3rd edition of the Living Machines conference that, after Barcelona in 2012 and London in 2013, took place in Milan.  The Living Machines conference series targets the intersection of research on novel life-like technologies based on the scientific investigation of biological systems, or biomimetics, and research that seeks to interface biological and artificial systems to create biohybrid systems. The conference aim is to highlight the most exciting international research in both of these fields united by the theme of “Living Machines”.

The conference is hosted at the Museo Nazionale della Scienza e della Tecnologia “Leonardo da Vinci”, Milano, Italy from the 30th of July till the 2nd of August and is coordinated by the Convergent Science Network of Biomimetics and Neurotechnology (CSN, http://csnetwork.eu)  in collaboration with the Istituto Italiano di Tecnologia (IIT, www.iit.it/). CSN is supported by the EU Future and Emerging Technologies (FET) Programme.

Living Machines promotes the idea that in order to build novel advanced artifacts such as robots, we need to understand, not only mimic, nature and life and base new technology on the same fundamental principles. This idea also dominated the interest and curiosity of one of the greatest geniuses of the renaissance, Leonardo da Vinci establishing a synergy between fundamental science and engineering or in his own words:

The Museo Nazionale della Scienza e della Tecnologia Leonardo da Vinci holds the greatest collection in the world of machine models based on designs and drawings of Leonardo da Vinci: this is actually the ideal setting for the third Living Machine conference.

For more information on the program of Living Machines go to http://csnetwork.eu/livingmachines/conf2014